It’s a Sign: Rosacea in One Family Member May Mean Others Are Affected 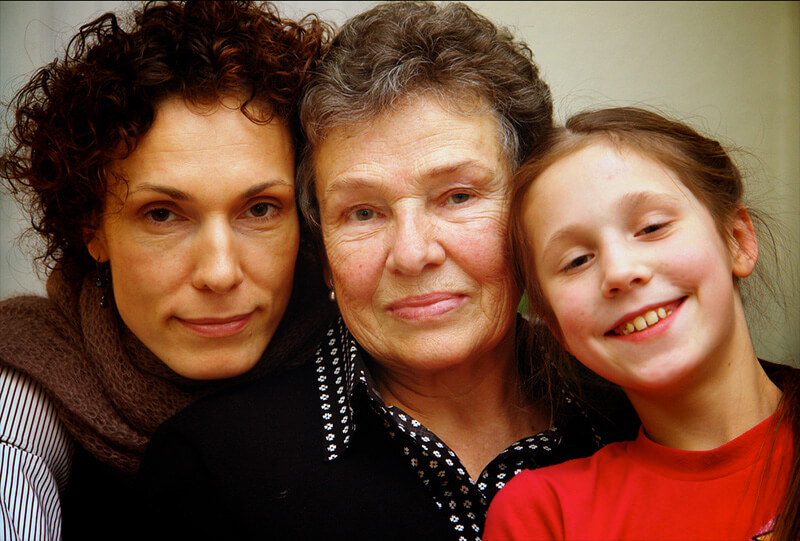 Rosacea may often run in the family, but this mechanism is poorly understood, with specific information often incomplete and limited to relatives from only a few generations, according to researchers in a recent study in Italy published in the Journal of Clinical and Aesthetic Dermatology.1 In a search through six generations, they uncovered cases that went unrecognized, and suggested that having a family member with rosacea may be an opportunity for many to avoid rosacea’s worst effects by seeking early diagnosis and management, if needed.

“We believe that the prevalence of rosacea familiarity is underestimated and that a more accurate investigation among multiple family generations is advisable,” they said.

In the study of 130 individuals with rosacea, the researchers found that while 64 patients – almost half – reported having a relative with rosacea, they were able to identify 90 affected relatives of these patients throughout six generations. In the majority of cases, the affected relatives were clinically examined, and photos were obtained for those not available for consultation. The researchers also collected information on the signs and symptoms and the severity of the disease among the sufferers, as well as demographic and lifestyle characteristics.

While the smallest number of affected relatives, about 15%, were horizontal, or indirect, connections, including siblings, cousins, aunts/uncles and nephews/nieces, about 62% were the result of vertical connections, including a direct relationship to the study subject through six generations, from great-grandparents through grandchildren. About 23% of subjects had relatives with both indirect and direct connections.

Among the original 64 study subjects who had affected relatives, 44% had persistent redness and/or visible blood vessels (erythema and/or telangiectasias), 41% had this phenotype plus bumps and pimples (papules and pustules), and 14% and 1.6% had ocular manifestations and skin thickening (phymatous changes), respectively. Rosacea was considered mild in almost 33%, moderate in almost 55% and severe in almost 13%. A statistically significant association was found between alcohol consumption and those with the erythematous phenotype plus bumps and pimples.

Of the 90 affected relatives, half showed the erythematous phenotype, 36% had this phenotype plus bumps and pimples, and 11% and 3.5% had ocular manifestations and phymatous changes, respectively. Among the relatives, rosacea was considered mild in almost 44%, moderate in almost 47% and severe in 10%, and male gender was significantly associated with phymatous changes.

Though not well documented, a hereditary predisposition has long been assumed, due to rosacea’s higher prevalence among Northern Europeans (particularly the Celtic population), family inheritance, twin concordance and associations with autoimmune disorders, the investigators said. However, clinical information has been lacking, with information obtained by self-administered questionnaires or online surveys only.

The investigators noted earlier studies also showed about half of individuals reporting a family history for rosacea. A twin study found that genetic influences accounted for 46% of cases, compared with 54% for environmental influences, including lifetime ultraviolet radiation exposure, smoking and alcohol consumption.2 A 2008 National Rosacea Society (NRS) survey of 600 rosacea patients showed almost 52% reported at least one affected family member, and a similar NRS survey in 2020 of 791 individuals also showed that about half reported having other family members with rosacea. In that survey, among those who had relatives with rosacea, 38% said their mother had it, while 43% said their father did. Nearly 18% reported a child had rosacea, and about 32% said a grandparent had the disorder.

Having a family member with rosacea may help other members who may be unaware they have a facial disorder that can be treated, the researchers noted. For example, they found that 12 elderly relatives who had mild erythema and/or telangiectasia had believed they had a familial “complexion” rather than a specific disease and therefore never sought medical advice.

“Extending the search to all potential affected parents or offspring of rosacea patients with a positive family history can promote early diagnosis aimed at the adoption of correct therapeutic intervention and educational programs to prevent the exposure to triggering or exacerbating factors,” they said.