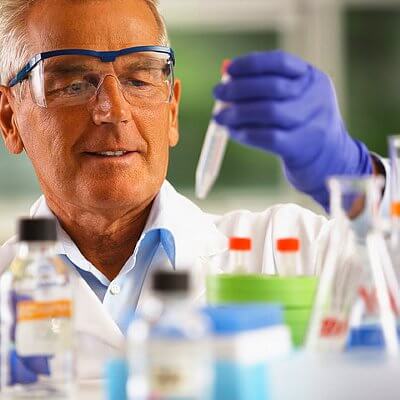 NRS-funded researcher Dr. Martin Steinhoff, director of the Charles Institute of Dermatology at the University College Dublin School of Medicine, and colleagues at the University of California-San Francisco have documented that the nervous system is intimately linked with the vascular system in producing the typical signs and symptoms of rosacea, which suggests that both the flushing and inflammation of rosacea may be part of the same continuum.7

Common rosacea triggers — such as exposure to ultraviolet radiation, changes in temperature, exposure to skin irritants, strong emotions, alcoholic beverages and spicy food — demonstrate that stimulation of the sensory nervous system may be involved, they said. The researchers further noted that a nervous system disorder called neurogenic inflammation includes features similar to those of rosacea, such as redness and swelling, as well as activity of cells such as leukocytes at the site of inflammation.

In studying the neurovascular system in rosacea, Dr. Steinhoff's team found that certain sensory nerves around blood vessels, which may be linked to stinging, increase during rosacea's development. They additionally found that the balance between several neuropeptides — small protein-like molecules used by nerve cells to communicate with each other — and their corresponding receptors and other related substances is disrupted in rosacea skin. Further research is under way to determine whether this imbalance contributes to the development of the flushing and inflammation of rosacea.

The group observed that the lymphatic vessels also may be involved in the initial process of rosacea, which can result in swelling, and noted that neuropeptides affect the function of lymph vessels as well.

Dr. Steinhoff further hypothesized that the skin of the face is one of the only places on the body where the sympathetic, parasympathetic and sensory nervous systems all play a role, and can influence and amplify each other's effects. This may create a complex cycle of inflammation through multiple mechanisms, which may explain why some cases of rosacea can be resistant to treatment.

Researchers have additionally discovered that adenosine triphosphate (ATP), one of the most common and hard-working substances in the body, may be contributing to rosacea in a variety of ways, according to NRS-funded researchers Dr. Richard Granstein and colleagues at Weill Cornell Medical College.8

They found that when ATP — a neurotransmitter and carrier of chemical energy throughout the body — is released into the skin by the nerves, a cascade of complex biochemical processes may occur in rosacea sufferers that ultimately leads to the bumps and pimples of subtype 2 (papulopustular) rosacea.

While ATP has many functions in the body, its role in the development of rosacea may involve its job as a messenger from the nerves. The nervous system regulates blood flow to the skin, using ATP to prompt the dilation of blood vessels following exposure to rosacea triggers such as sunlight, emotional stress or alcohol. This process may then result in the flushing and redness of subtype 1 (erythematotelangiectatic) rosacea.

In addition, endothelial cells — cells that line the blood vessels — respond to ATP with changes in the expression of inflammatory cytokines, which are proteins that act to recruit the inflammatory cells of subtype 1 rosacea.

Dr. Granstein’s group is also investigating whether production of Th17 cells, a newly discovered class of cells that appears to be involved in a number of inflammatory and immune disorders, may lead to inflammation during this process.9

In another study funded by the NRS, Dr. Thad Wilson and colleagues at Ohio University found that heat, a potential flare-up trigger, stimulates greater nerve, blood flow and sweating responses in individuals with rosacea, a response that occurred in the sympathetic nervous system.10