Seborrheic (seb-oh-REE-ick) dermatitis may be the most common skin condition to occur at the same time as rosacea. Although the two disorders are unrelated, a clinical study found that 26 percent of patients with rosacea also had facial seborrheic dermatitis and 28 percent had seborrheic dermatitis of the scalp. Additionally, a survey by the National Rosacea Society of 1,099 rosacea patients found that 25 percent had also been diagnosed with this condition.

What is Seborrheic Dermatitis?

Seborrheic dermatitis is a common, chronic inflammatory skin disorder, generally confined to areas where sebaceous (oil) glands are most prominent. The condition is not harmful or contagious, but it can be uncomfortable and unsightly. It is estimated that up to one in 20 Americans may be affected by this disorder, which can have extended inactive periods followed by flare-ups.

What are the Signs and Symptoms? 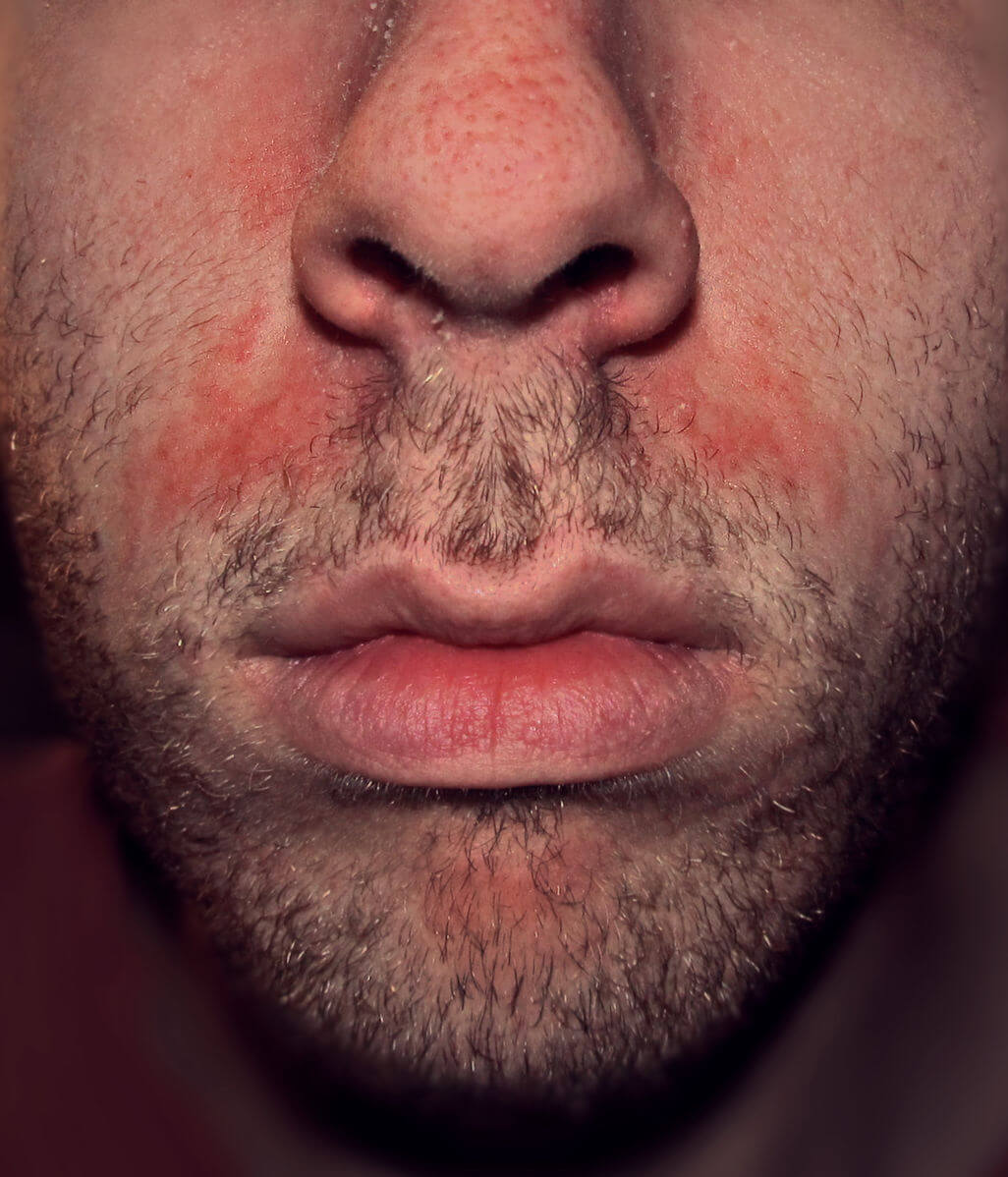 Scaling and redness are the two dominant characteristics of seborrheic dermatitis. It can look like powdery or greasy scales on the face and other parts of the body and have a burning sensation. If it develops on the scalp, it can range from a mild case of dandruff to thickened scaling patches and may have an itching sensation.

The most common sites on the face include the creases around the nose, the forehead, the inner eyebrows and the external ear canal. The upper eyelids and eyelid margins may be involved.

Although the cause is unknown, several contributing factors may play a role in developing seborrheic dermatitis: abnormality of the oil glands and hair follicles, a yeast fungus with bacteria growing in the sebum, production of certain hormones, stress, change of seasons (outbreaks seem worse in winter) and fatigue.

How is Seborrheic Dermatitis Treated?

As with rosacea, there is no cure for seborrheic dermatitis, but therapy is available to control its signs and symptoms. Treatment depends on your skin type, the severity of the condition and the part of your body where it occurs.

Treatment on the face and body may include medications such as antifungal and steroid preparations that reduce inflammation and the build-up of scaling on the skin. When seborrheic dermatitis appears with rosacea, a safe and effective antifungal alone may often be prescribed because the long-term use of topical steroids is associated with rosacea-like symptoms. This condition is known as steroid-induced rosacea. Treatment of seborrheic dermatitis of the scalp may include medicated anti-dandruff shampoos.

Rosacea patients who suspect they may have this disorder are urged to see a dermatologist for diagnosis and appropriate treatment.

Photo courtesy of Roymishali via Wikimedia