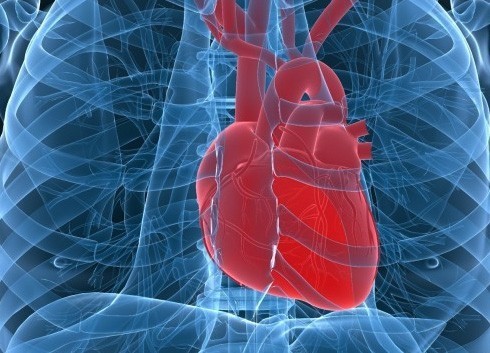 Although rosacea's connection to the cardiovascular system is well known -- flushing and the potential development of visible blood vessels are two of the skin disorder's primary symptoms -- recent studies point toward a potential broader connection between rosacea and cardiovascular disease.

In a new study published in the Journal of the American Academy of Dermatology, Dr. Tuan-Chun Hua of the National Taiwan University Hospital and colleagues compared the cardiovascular comorbitities of 33,553 rosacea patients in Taiwan with those of 67,106 people with normal skin. Comorbity is the simultaneous presence of more than one chronic disease or condition in a patient.

The risk of cardiovascular disease was higher in male rosacea patients than in females -- and men with rosacea also showed increased risk for diabetes, stroke and narrowing of the arteries. In addition, patients with older onset of rosacea showed more marked associations with cardiovascular disease (CVD) comorbidities. "This may be a result of later age of onset for most CVD risk factores and CVDs," the researchers reported.

Dr. Hua and his team hypothesized that the chronic inflammation of rosacea may be the root of the association, noting that systemic inflammation can lead to structural changes in lipoproteins, which transport cholesterol and other substances in the bloodstream, negatively affecting their ability to remove cholesterol from the system. The researchers further noted that similar findings have been reported in patients with psoriasis, another inflammatory skin disorder.

"Rosacea, CVD risk factors, and CVDs are all common diseases," the researchers observed. "Even a 17 percent to 41 percent increase in relative risk may have a substantial impact on the absolute number of people affected."

Dr. Hua and colleagues conducted the study by identifying patients in Taiwan's National Health Insurance Research Database who had received at least two diagnoses of rosacea by dermatologists. Patients with diagnoses of acne, seborrheic dermatitis or lupus erythematosis were not included, because the diseases are commonly confused with rosacea. To creat the comparison group, the researchers then matched rosacea patient with two randomly selected age- and gender-matched patients who did not have rosacea.

In 2013, a small study performed in Turkey found that patients with rosacea had higher levels of LDL cholesterol, the "bad" cholesterol associated with atherosclerosis, and higher total cholesterol levels than those with normal skin. A family history of cardiovascular disease was significantly more common among the rosacea patients in the study. A recent NRS-funded study of twins also found a correlation between cardiovascular disease and rosacea.

The researchers in the Taiwan study recommended that patients with rosacea should also be checked for cardiovascular disease that they may not be aware of. However, they pointed out that since the Taiwanese population has darker skin than Caucasians, further research should be conducted on populations with lighter skin types, in whom the prevalence of rosacea may be higher.