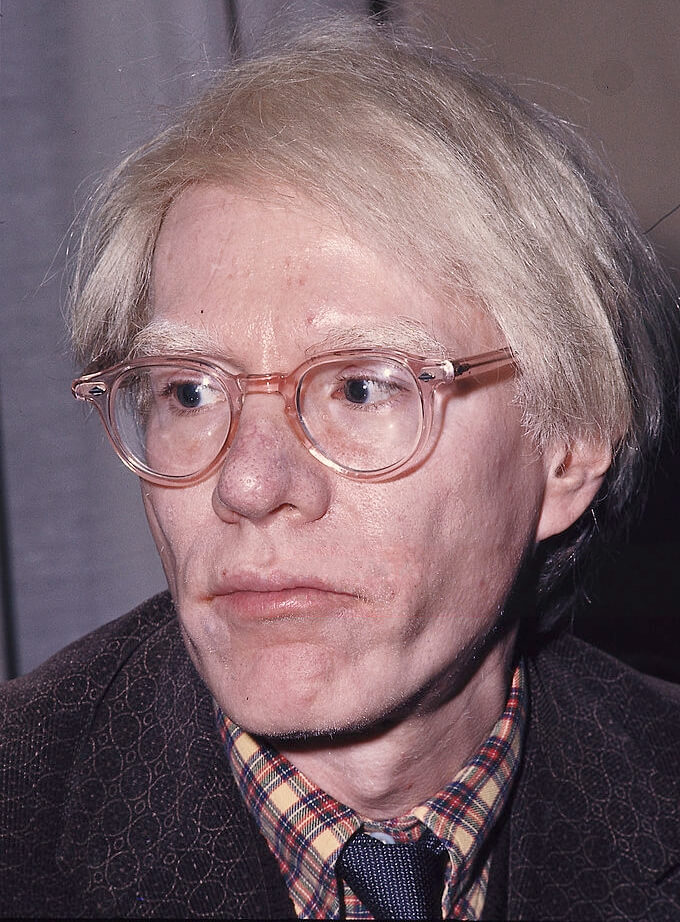 Did you know Andy Warhol reportedly suffered from rosacea? Known as the father of the pop art movement, Warhol was an artist who embraced consumerism and celebrity, as seen in his iconic Campbell’s soup can series and portraits of Marilyn Monroe and other famous people. He was obsessed with celebrity and much of his art focused on artificial appearances.

Fewer people are aware that Warhol suffered from medical conditions throughout his life, including facial redness that was attributed to rosacea. Childhood illness kept him indoors, perhaps fueling a penchant for television and magazine consumption that influenced the artwork he would go on to create as an adult.1 In his book The Philosophy of Andy Warhol, he wrote, “If someone asked me, ‘What’s your problem?’ I’d have to say, ‘Skin.’”

Warhol underwent several plastic surgeries, wore wigs and powdered his face. Dealing with rosacea later in life may have made him hypersensitive to his facial appearance. In self-portraits, he often distorted or obscured his face. Some photographs and portraits taken toward the end of his life show signs of rhinophyma, the skin thickening around the nose associated with the disorder.

Warhol isn’t the only artist with rosacea to focus on his own appearance. Rembrandt may be known more for his depictions of sweeping landscapes and epic historic and mythological scenes, but he also painted many self-portraits showing his ruddy complexion and rhinophyma.

More recently, we shared a success story about Amelia Fais Harnas, an artist who painted a series of self-portraits using red wine, which she had determined was one of the triggers of her rosacea. The portraits were meant to look like a collection of selfies and show the conflict of trying to show off one’s appearance while concealing the flaws. Publishing the series online helped her with acceptance.

While rosacea can be an obstacle to overcome, it can also offer a unique perspective on the ways in which beauty, self-image and appearances are perceived socially.