What the New Classification System Update Means for Rosacea Patients 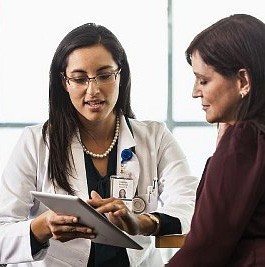 The National Rosacea Society recently published a new standard classification and pathophysiology of rosacea, based on recent advances in scientific knowledge of the disorder.1 This is a turning point for everyone in the rosacea community, including researchers, doctors and patients alike. For patients in particular, the updated diagnostic system encourages more individualized assessment and care, and equips them with the proper language to discuss their disease.

A consensus committee and review panel of 28 medical experts worldwide worked to develop the updated classification system, which introduces a new approach to diagnosing rosacea based on individual signs and symptoms. While the original classification system described the most common groupings of signs and symptoms as subtypes, the consensus committee noted that diagnosis should now focus on the individual characteristics that may result from what is now understood as the same disease process. By doing so, they emphasized, the full range of potential signs and symptoms may be taken into consideration.

According to the new system, a diagnosis of rosacea may be considered in the presence of at least one diagnostic sign — either persistent redness of the central facial skin or, less commonly, thickened skin in the central face (known as phymatous changes, often on the nose). Two or more major signs, including bumps and pimples, flushing, visible blood vessels and eye irritation, may also indicate rosacea. Secondary signs and symptoms, such as burning or stinging, swelling and dry appearance, may also develop but are not diagnostic. Physicians must rule out other possible causes of rosacea-like symptoms — such as lupus, steroid-induced rosacea or seborrheic dermatitis — before confirming the diagnosis.

Although rosacea’s various signs and symptoms may appear in different combinations or at different times over a sufferer’s lifetime, research suggests that they are all manifestations of the same underlying disease process — and rosacea may advance both in severity and to include additional signs and symptoms over time. Fortunately today, there is growing medical knowledge of the disorder and an increasing range of therapies to help keep it under control.