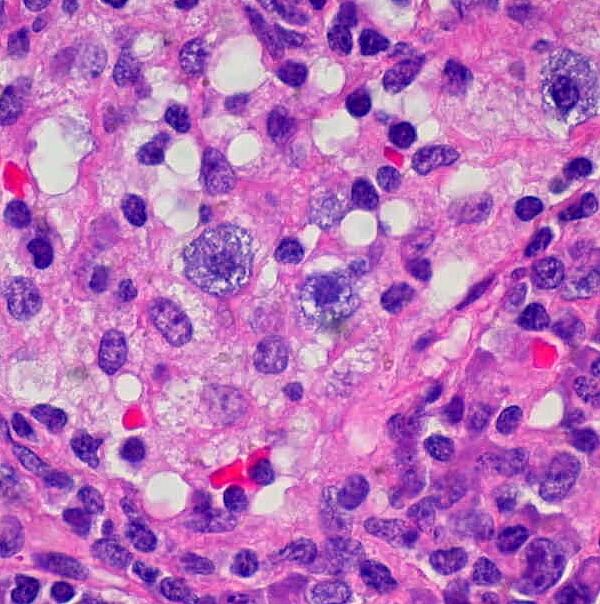 In a new study funded by the National Rosacea Society, medical scientists have connected the dots in the disease process of inflammation in rosacea, identifying a potential pathway for significant advances in the treatment of this widespread disorder affecting more than 16 million Americans.

In earlier research, the team led by Dr. Anna Di Nardo, associate professor of medicine of the University of California-San Diego, had determined that mast cells, located at the interface between the nervous system and vascular system, were a “missing link” between rosacea triggers and inflammation. They found that mast cells play a direct role in the activation of certain types of cathelicidins, an antimicrobial peptide involved in the innate immune response that is over-produced in people with rosacea.

Studying the process in mice, Dr. Di Nardo’s team determined that when exposed to a neuropeptide called PACAP, mast cells produce enzymes that trigger the production of cathelicidins. In mice bred to lack mast cells, however, this chain reaction did not occur.

Continuing their research, the scientists have now discovered that one of the proteins in cell membranes that facilitates communication between cells, known as transient receptor potential vanilloid 4 (TRPV4), plays a key role in activating mast cells in the skin of people with rosacea.

In the new study, the researchers first examined whether cathelicidins were involved in spurring general TRPV production. After injecting cathelicidins into mice bred to exhibit human-like rosacea symptoms, two days later they saw significant increases in the expression of both TRPV2 and TRPV4. The researchers then tested the findings in the laboratory (in vitro) in both mouse and human mast cell cultures, confirming that cathelicidin increases the expression of TRPV4 and also determining that TRPV4 regulates the inflammation caused by mast cells.

Dr. Di Nardo's team further identified a protein receptor on mast cells known as MRGX2 as the likely pathway to TRPV4 activation by cathelicidins. By turning off MRGX2 in mast cells, they were able to prevent TRPV4 from reacting to cathelicidins, which in turn prevented the mast cells from triggering an inflammatory immune response associated with rosacea.

“Although more work needs to be done, these findings suggest that potential therapies may be developed specifically to block TRPV4 as a direct means of treating or preventing inflammation in patients with rosacea,” Dr. Di Nardo said. “We are grateful to the many rosacea patients whose donations to the NRS research grants program have made this effort possible.”

Join the fight against rosacea. Annually contributing NRS members are the lifeblood of our efforts to fund important medical research on this often life-disruptive condition. Individual donations are used to support the NRS research grants program unless designated otherwise, and with each donation this program grows stronger and more significant. When you join the NRS, you help the millions around the world affected by rosacea — as well as yourself.