New Study Defines Rosacea and Damage From the Sun 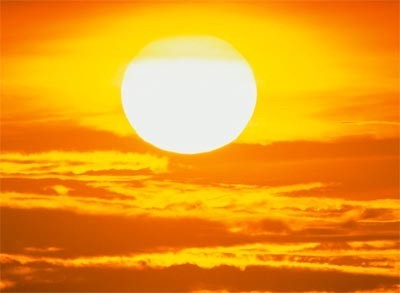 A new study has documented for the first time the clinical differences between subtype 1 (erythematotelangiectatic) rosacea -- characterized by facial redness and, sometimes, visible blood vessels -- and a condition with visible blood vessels from sun damage known as telangiectatic photoaging (TP), providing a clear picture of the differences between the two disorders and aiding in appropriate treatment.

"We found that there was a strong relationship between the location of erythema (redness) on the face and the diagnosis," Dr. Helfrich reported in a presentation during the American Academy of Dermatology annual meeting. "Seventy-nine percent of subjects with subtype 1 rosacea had primarily central facial erythema, whereas 57 percent of our TP subjects had primarily lateral involvement."

Dr. Helfrich described the typical TP patient as an older male with redness and prominent telangiectasia (visible blood vessels) primarily on the sides of the face -- often with no central face involvement at all. Patients with TP exhibit very little flushing, with only 35 percent experiencing mild transient redness.

Patients with TP were also less likely to experience facial inflammation than the subtype 1 rosacea patients, and it tended to be less severe. On the other hand, TP patients had more extensive connective tissue damage than rosacea patients or the control group, resulting in dry, wrinkled skin.

In contrast, those suffering from subtype 1 rosacea exhibited redness and visible blood vessels in the central face, including the nose, cheeks, forehead or chin. Fifty percent of rosacea subjects experienced mild flushing and 38 percent experienced moderate or severe flushing. As would be expected given the results, blood vessels were found to be more dilated in subtype 1 patients than in TP patients and the control group. The researchers also found that sebaceous glands, which secrete oil on the skin, were larger and more numerous in rosacea skin.

In addition, mast cell tryptase, an enzyme released by mast cells that is associated with inflammation, was found to be four times higher in subtype 1 rosacea skin than in TP skin, and 25 times higher than in the control group. Rosacea skin also showed significantly more evidence of matrix remodeling, a skin damage process leading to greater vasodilation.

"When evaluating a patient, it’s not that you can say someone who has central facial erythema absolutely has erythematotelangiectatic rosacea and someone who has primarily lateral involvement absolutely has telangiectatic photoaging, but it can be part of the broader picture," Dr. Helfrich said. She noted that the presence or absence of facial flushing are the other key factors in differentiating the two disorders.

Dr. Helfrich pointed out that because of the lack of inflammation in patients with TP, oral and topical rosacea therapies are not an effective treatment for the condition.