Genetics May Be Only Part of the Picture 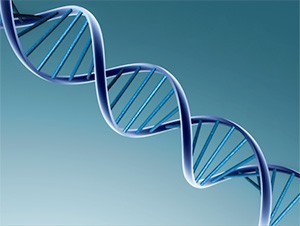 Can rosacea be inherited? It's one of the most common questions rosacea patients ask. In an NRS survey, nearly 40 percent of respondents said they could name a relative who had similar symptoms, and other surveys suggest rosacea is especially likely to develop in individuals of northern or eastern European descent. But while rosacea may "run in the family," genetics are only one of many factors that may contribute to an individual having the disorder.

Researchers are just beginning to examine the potential genetic basis of rosacea, such as in the twins studies funded by the NRS's Research Grants program. In their initial study, the researchers found that rosacea may occur significantly more often in both identical twins, suggesting there may be a genetic component.

Genes provide the blueprint for many of our physical characteristics. However, though our genes confer some specific traits on us -- blue eyes versus brown, for instance -- in many other cases they only influence the probability that we will develop a trait, in combination with other factors. A person may be genetically predisposed to obesity, for example, but may not become overweight if they excercize regularly and maintain a modest, healthy diet.

In the case of rosacea, research suggests the innate immune system, neurovascular system and other physical aspects may play roles in the development of the disease. These physical characteristics, however, may be influenced by environmental and lifestyle factors such as stress, heat or sun exposure to result in the development of rosacea. For those who may be genetically predisposed, that is why it's important to avoid personal rosacea triggers and follow the treatment regimen prescribed by your doctor -- as researchers work toward identifying the ways our genes may affect our skin.