Q&A: How are Acne and the Papules and Pustules of Rosacea Different? 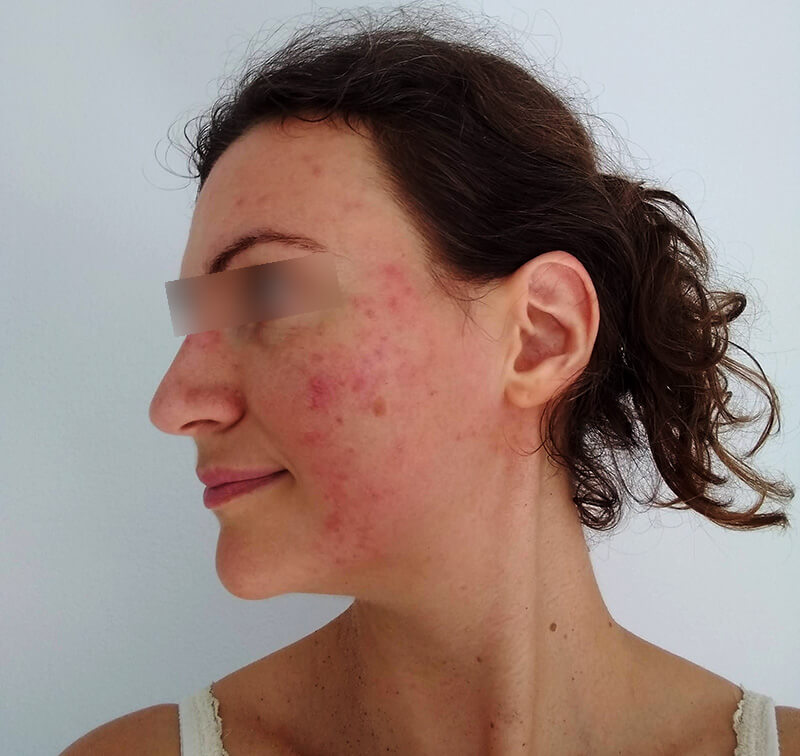 Although it is now known that there is no connection between acne and rosacea, the term “acne rosacea” was once frequently used to describe the bumps (papules) and pimples (pustules) of papulopustular rosacea, and the misleading term is still sometimes used today. This has often led to confusion by the public, and rosacea sufferers with bumps and pimples may mistakenly diagnose themselves as having acne. The two disorders require different treatment, however, and acne medications may cause rosacea symptoms to get worse.

Though both conditions may involve bumps and pimples, the causes and biochemical processes are different for each. Acne is a product of many factors, involving the hair follicles, hormonal stimulation of oil glands, inflammation, and bacteria. Unlike in patients with rosacea, blackheads are often present in acne, and bumps and pimples on the trunk are common. Acne is most commonly seen in teens, and is usually (though not always) a transient condition.

In contrast, rosacea is a chronic disorder that typically begins in adulthood and occurs primarily in the central portion of the face. Rosacea’s most common feature is redness (erythema) which may come and go and may become more permanent over time. A study published in the Pakistani Journal of Medical Science found that rosacea patients with papules and pustules were more than three times more likely than acne sufferers to have background redness, burning and itching. Unlike acne patients, rosacea patients may also develop visible blood vessels (telangiectasia) on their face, and the eyes can become involved.