Persistent Facial Redness is the Most Common and Bothersome Sign of Rosacea, Survey Finds 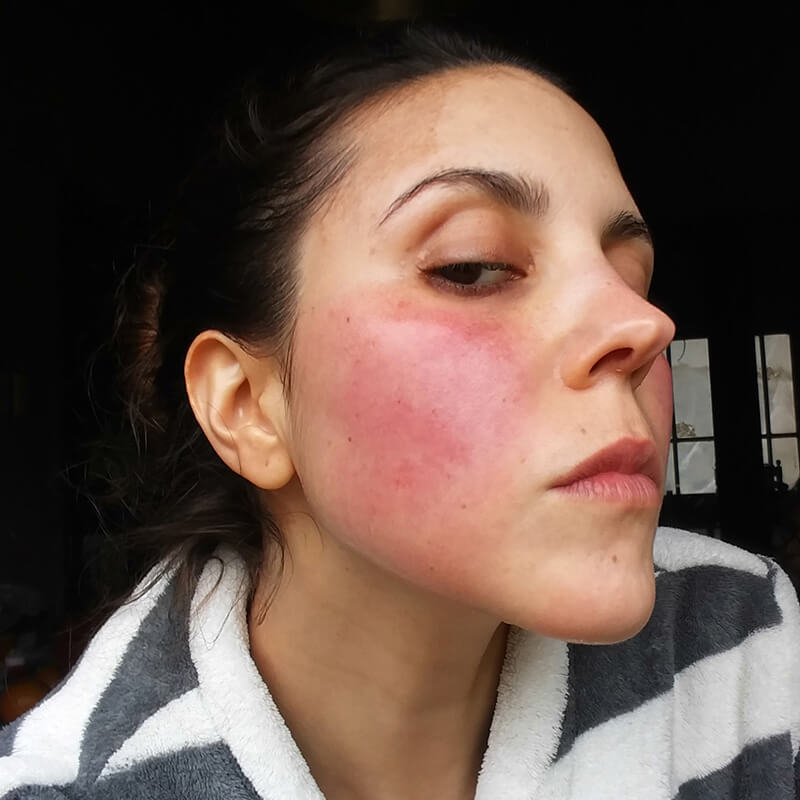 The great majority of rosacea patients have experienced persistent facial redness, and most of them report it is the most frequently bothersome sign they face, according to a recent National Rosacea Society (NRS) survey on rosacea redness sponsored by EPI Health. Furthermore, two-thirds reported experiencing flare-ups more than once a week.

“The results of this survey serve as a strong reminder that persistent facial redness is the defining feature of rosacea, and one that should not be ignored when treating patients,” said Dr. Hilary Baldwin, associate professor of dermatology at Rutgers Robert Wood Johnson Medical School.

Rosacea is a chronic facial skin disorder that affects an estimated 16 million Americans. While once conventionally divided into four subtypes, rosacea is now classified as a single disorder with many potential clinical features, or phenotypes, that may occur in various combinations, with persistent facial redness (also known as erythema) as the primary diagnostic sign. Thickened skin (phymatous changes) is also considered diagnostic, although it is less common. In addition, major signs of rosacea include bumps and pimples (papules and pustules), flushing, visible blood vessels on the face (telangiectasia) and certain ocular manifestations. The presence of any two of the major phenotypes may be considered diagnostic of rosacea, and secondary phenotypes include burning, stinging, swelling (edema) and dryness. Although these signs and symptoms may appear at different times and in varying combinations, scientific research indicates they may all be manifestations of the same underlying inflammatory continuum.

In the survey of 986 people with rosacea, 77% of respondents said they experienced persistent redness, while 61% reported having bumps and pimples, and 53% had visible blood vessels on their face. Forty-six percent said they experienced burning, stinging and itching; 43% had red, irritated or watery eyes indicative of ocular rosacea; and 27% reported having a red, swollen nose or rough and thickened skin due to phymatous changes.

Asked how the redness of rosacea affected them, 59% of respondents said it made them feel self-conscious and that people were looking at their face, and 57% said they were frustrated or annoyed with their appearance. Forty percent said they stayed out of the sun or limited outdoor activities, and 38% said they thought the redness made them look unhealthy. Only 4% of respondents said their rosacea redness didn’t affect them.

Most survey respondents (80%) said they have discussed treatments for redness with their healthcare provider. Eighty percent discussed a topical prescription medication, 40% discussed an oral prescription medication, and 24% had discussed treatment with a laser or light device. About two-thirds (62%) of those who were prescribed a topical medication used it daily or as directed by their healthcare provider, while 11% used it occasionally, 13% applied it only during a flare-up, and 12% had stopped using it. In comparison, 40% of those who were prescribed an oral medication used it daily or as directed, 8% took it occasionally, 12% used it only when flaring up, and 17% had stopped.

Among those who stopped using a topical or oral prescription therapy, 24% said it was because the treatment stopped working. Seven percent said it wasn’t convenient, 13% said it was due to unpleasant side effects, 8% said the medication was too expensive, and 5% ran out and didn’t refill their prescription.

“As dermatologists, we want patients to be healthy and happy in their skin,” Dr. Baldwin said. “With today’s increasingly sophisticated tools, it is now possible to tailor therapy to address each patient’s individual signs and symptoms, and substantially improve the quality of their lives. If a therapy is not doing its job, rather than quitting treatment altogether, patients should consult with their doctor to find a different approach.”

About the National Rosacea Society
The National Rosacea Society is the world’s largest organization dedicated to improving the lives of the estimated 16 million Americans who suffer from this widespread but poorly understood disorder. Its mission is to raise awareness of rosacea, provide public health information on the disorder and support medical research that may lead to improvements in its management, prevention and potential cure. More information may be found online at rosacea.org.

About Novan/EPI Health
EPI Health, a Novan company, is a medical dermatology company focused on commercializing innovative therapeutic products for skin diseases. Their goal is to deliver safe and efficacious therapies to patients where there are unmet medical needs.