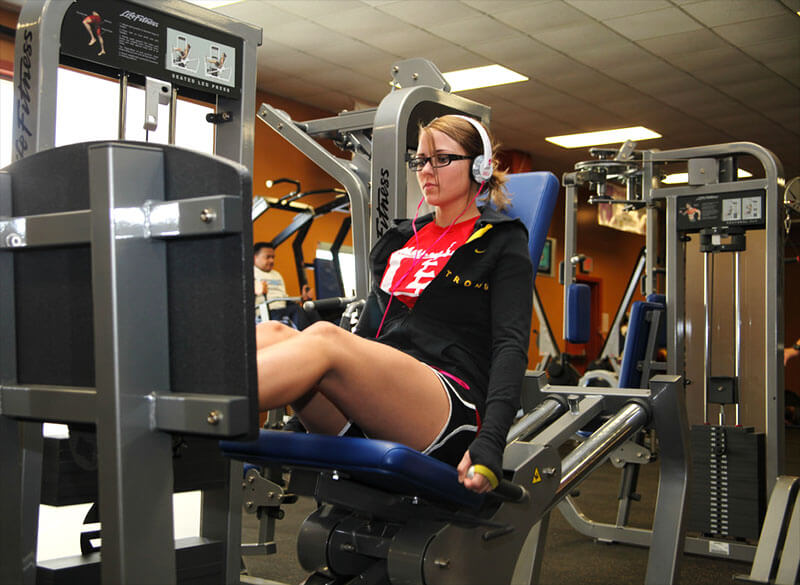 If you made a new year’s resolution to get more exercise, you’ll be happy to know that lifting weights may positively affect the appearance of your skin too! A recent South Korean study found rosacea severity decreased as rosacea patients’ relative skeletal muscle mass increased.

In the study, researchers at Sungkyunkwan University in Seoul enrolled 110 rosacea patients who visited a health center over a two year period. Most of the patients had erythematotelangiectatic symptoms like flushing and persistent redness, while a few had papulopustular symptoms like bumps, pimples and redness. The patients were categorized by symptom severity, and 75 percent had mild rosacea while 25 percent had moderate rosacea. None of the patients in the study had severe rosacea.

Patients’ relative skeletal muscle mass was calculated as a percentage using a body composition scanner. After adjusting the results based on age, sex, smoking status, alcohol intake, physical activity and other potential confounding factors, the investigators found a statistically significant trend of decreasing rosacea severity in relation to increasing muscle mass. This trend was seen with moderate rosacea symptoms, but not with mild rosacea symptoms.

The researchers noted that when the patients were analyzed by rosacea subtype, severity was not related to skeletal muscle mass, and therefore theorized that muscle mass may be an inhibiting factor for rosacea symptom aggravation. Because of the small size of the study, the scientists suggested that the relationship between muscle mass, metabolic disease and rosacea is worth investigating further in a larger study.