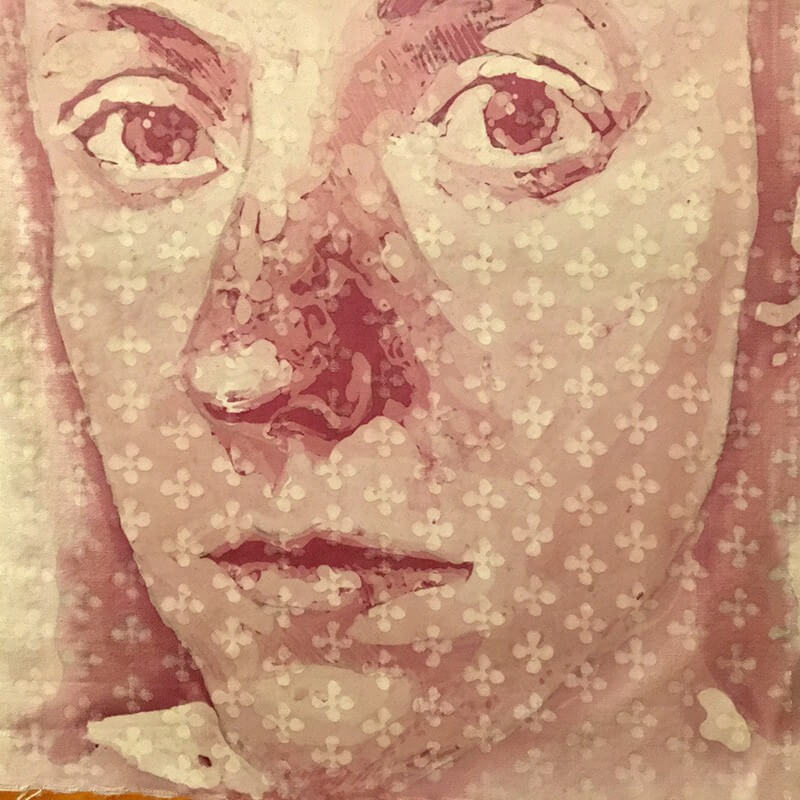 In 2012, artist Amelia Fais Harnas’ wine stain paintings began to attract attention online. She was elated, thinking that maybe this would be her big break. However, she noticed that the more she worked with wine, the more issues she had with her complexion.

“I almost always drank a glass of wine whenever I worked on a wine stain,” she explained. “Creating wine stains can prove to be very frustrating, and a big glass of wine was an obvious and easy way to make things more palatable.”

Meanwhile, issues with her skin encouraged her to work from home. In fact, when her skin was particularly bad, she wouldn’t leave the house. Sometimes she’d cover her redness with makeup and ask her boyfriend to let her know if it wasn’t doing its job while they were out. Amelia had struggled with blemishes throughout her teens and early 20s, but as she got older her skin actually seemed to get worse. In 2015 she finally made an appointment with a dermatologist, who diagnosed her with rosacea.

“I remember an odd sense of relief when I got the diagnosis. Somehow, having rosacea meant it wasn't my fault,” she said. She went on to create a series of honest self portraits with wine, which she had determined was a trigger for her, meant to look like a collection of selfies and show the conflict of trying to show off one’s appearance while concealing the flaws. Publishing this collection online has helped her accept something that made her feel ugly for so long.

Diagnosis wasn’t the last step in Amelia’s relationship with rosacea. Now that she has more information about what makes her skin flare up, she’s working to track her diet, skincare habits and lifestyle in order to determine what triggers her flare-ups. Amelia has spent a couple frustrating years trying different treatments for her subtype 2 rosacea, but she’s finally managed to come to the optimistic conclusion that maybe having rosacea has forced her to pay closer attention to her health.

“The body works to protect and maintain balance,” she said. “Inflammation is just its defense mechanism. Realizing that, instead of feeling like my body is working against me, has been crucial.”