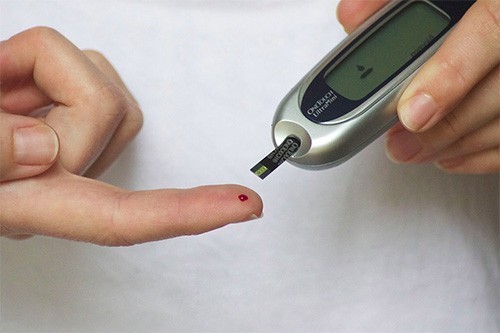 Metabolic syndrome is related to an increased risk of type 2 diabetes mellitus and coronary artery disease. Diagnosis is made by measuring glucose intolerance, insulin resistance, dyslipidemia (high cholesterol), central obesity (large waist size) and hypertension (high blood pressure), according to Dr. Asli Belli of the Kocman University Training and Research Hospital in Mugla, Turkey, and colleagues reporting in the European Journal of Dermatology. Insulin resistance was calculated according to a standard method that compares insulin and glucose levels in the blood. The researchers measured these physical parameters and others in 47 rosacea patients and 50 individuals without rosacea.

The investigators found that rosacea patients were significantly more likely to have insulin resistance. In addition, some cardiovascular risk factors, including abnormal cholesterol level and high blood pressure, were also present in rosacea patients. They speculated that the potential association between rosacea and the abnormal disorders may be explained by the fact that increased cathelicidin levels, inflammatory cytokines and oxidative stress are present during the pathogenesis of both rosacea and the metabolic disorders, and suggested that further studies with larger numbers of rosacea patients be performed to confirm and further clarify their results.

Although no causal relationships have been determined, there has been a recent spate of scientific reports about a wide variety of disorders that may be associated with rosacea, including potentially life-threatening systemic illnesses such as coronary artery disease, high blood pressure, high cholesterol, diabetes, stroke and even brain and thyroid cancers. Experts speculate that diseases may be expected to cluster if they share a common pattern of influences or due to the resilience or vulnerability of the individual. Other possible explanations may be that one disease directly causes the other, that risk factors for the individual diseases may make them more likely to appear together, or they may appear together simply by chance.