Rosacea May Be Linked to Smoking, New Study Finds 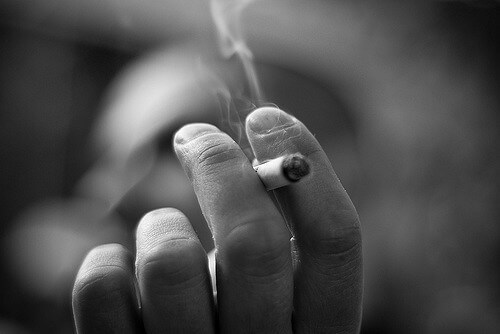 A recent study in Turkey found that increased risk of rosacea, particularly the redness of subtype 1 (erythematotelangiectatic) rosacea, may be associated with smoking.

In a study of 400 individuals, Dr. Asli Kucukunal and colleagues from the Sisli Hamidiye Etfal Training and Research Hospital in Istanbul compared the incidence of rosacea in 200 patients with rosacea matched for age, gender and median smoking period with 200 healthy individuals.

The prevalence of smoking among those with rosacea was significantly higher, as 66 percent of the patients with rosacea were active or ex-smokers, while 31 percent those without rosacea were active or former smokers. In addition, the proportion of active smokers with subtype 1 was significantly higher: 43.5 percent of subtype 1 rosacea patients actively consumed at least one pack of cigarettes per day, while only 17 percent of the control group were active smokers.

The increased rate of rosacea in smokers in this study may be related to the angiogenic effect of nicotine, which may stimulate blood vessel production to induce development of the disorder, the researchers said. However, they noted that, contrary to the findings in this study, other investigators have reported a lower prevalence of rosacea in active smokers, and suggested this may be explained by the anti-inflammatory role of nicotine.

The researchers said that nicotine’s anti-inflammatory effect may also suggest a rationale for the preponderance of subtype 1 rosacea in smokers in this study, as it may protect against the progression of the inflammatory process from subtype 1 to the bumps and pimples of subtype 2 (papulopustular) rosacea. They concluded that further studies are needed to identify the mechanisms that may be behind the link between smoking and rosacea.