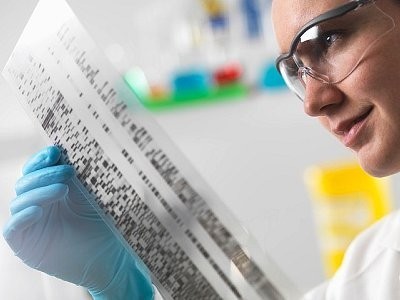 Over the course of nearly two decades since the National Rosacea Society (NRS) issued its first research grants, this program has fostered dramatic strides in the understanding of rosacea, and has now awarded more than $1.5 million to date. Funded exclusively by donations from individuals, the NRS research grants program was established in 1999 to provide support for medical research into the potential causes and other key aspects of this poorly understood disorder that may lead to improvements in its treatment, care and potential cure.

“Thanks to the generosity of the many thousands of rosacea sufferers who have donated to support research, we now have a much clearer picture of the complex disease process underlying its various physical manifestations,” said Dr. Yolanda Helfrich, associate professor of dermatology at the University of Michigan and member of the NRS Medical Advisory Board, which selects research grant proposals for funding. “This has established the essential foundation for improving therapeutic options and care, and further major advances are underway with continued patient support.”

Among the breakthroughs funded by the research grants program is the discovery of the role of specific molecules in the development of rosacea’s signs and symptoms. A landmark study found that abnormal production of cathelicidins, an antimicrobial molecule produced by the immune system to combat illness, led to inflammatory bumps and pimples in rosacea patients, as well as vascular effects such as flushing and the visible blood vessels.

In studying the neurovascular system in rosacea, researchers have discovered that certain sensory nerves around blood vessels, which may be linked to stinging, increase during rosacea’s development. They additionally found that the balance between several neuropeptides — small protein-like molecules used by nerve cells to communicate with each other — and their corresponding receptors and other related substances is disrupted in rosacea skin. More recently, a neuropeptide called pituitary adenylate cyclase-activating polypeptide (PACAP) was found to be involved in the communication between the nervous and vascular systems and may trigger flushing in rosacea patients.

Supported by NRS grants, medical scientists are continuing to connect the dots in the inflammatory process of rosacea through the ongoing study of molecules produced by mast cells, located at the interface between the nervous system and vascular system. It now appears that a complex but consistent disease process underlies the potential signs and symptoms of rosacea, and the clinical significance of each of these factors is increasingly understood. The understanding gained from this research formed the basis for the updated standard classification and pathophysiology of rosacea, published late last year.

Other studies have investigated the genetics of rosacea. An NRS-funded study in twins found that genetics and environmental factors may contribute equally to the disorder, and further investigation identified two genetic variants associated with rosacea, located in areas of the genome that are also associated with autoimmune disease.

In additional research, microscopic Demodex mites — a natural part of the human microbiome, the ecological community of microorganisms that live within and on the body — have frequently been observed in greater numbers in those with rosacea. There has been much debate as to whether their increased numbers are a cause or result of rosacea. However, evidence appears to be mounting that an overabundance of Demodex may possibly trigger an immune response in people with rosacea.

This year, a $25,000 grant has been awarded to Dr. Anna Di Nardo, associate professor of medicine, and colleagues at the University of California – San Diego for a new study continuing their investigations into the effects of neuropeptides on mast cells and the mechanisms by which nerve cells activate mast cells to induce rosacea signs and symptoms. At the same time, the NRS is continuing to fund studies by Dr. Benjamin Kaffenberger, assistant professor of dermatology at the Ohio State University, and colleagues, to develop a computerized scoring system to measure rosacea severity; Dr. Raja Sivamani, associate professor of clinical dermatology at the University of California-Davis, and colleagues, who are studying how skin and eyelid oils change in cutaneous and ocular rosacea; and Dr. Hester Lim, postdoctoral research fellow at Johns Hopkins University School of Medicine, and colleagues who are investigating the association of rosacea with gastrointestinal disease and the impact medication may have on this relationship.

“The NRS research grants program has been unusually successful in terms of important and useful results,” Dr. Helfrich said. “Without this vital funding through the donations of NRS members, the medical scientific community would not have achieved the level of understanding of rosacea and the promise of new therapies we currently enjoy.”

If you haven’t renewed your membership in the NRS — or are not yet a member — please take a moment to renew or join now.