Avoiding Flare-ups Around the House 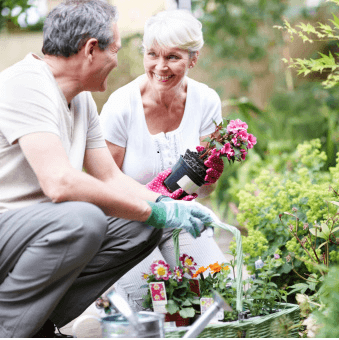 We typically think of flare-ups occurring due to stress, weather or changes in routine, but they can also spring up in the midst of normal day-to-day activities around the home.

“As a rule, rosacea skin is sensitive skin,” explained Dr. Estee Williams, assistant clinical professor of dermatology at Mount Sinai Medical Center in New York City. “Because rosacea skin is so hyper-reactive, it is tough to predict what will set it off. From the moment you wake up to the time you hit the sack, triggers abound.”

In a recent National Rosacea Society survey of 282 rosacea patients, 49 percent of respondents said they’d experienced a flare-up of their signs and symptoms while cleaning the bathroom. Thirty-eight percent flared up while moving furniture, 37 percent while mopping or cleaning floors, and 36 percent while vacuuming.

Dr. Williams noted that even routine household cleaning could involve exposure to chemicals which might cause a flare-up. Ammonia and bleach, both commonly used in the bathroom, were cited by survey respondents as most likely to aggravate their condition; toilet bowl cleaner was also a common irritant. It may be wise to avoid products that contain these or other astringent, strongly scented chemicals while cleaning the bathroom, kitchen or other areas in the home. Consider using baking soda, white vinegar, citrus, hydrogen peroxide and alternative cleaners made without harsh chemicals, after first testing to make sure you don’t react to them.

Outdoor chores can also be risky for flare-ups. Half of respondents to the survey said they’d experienced a flare-up while gardening, and 42 percent reported flare-ups due to mowing the lawn, raking leaves or shoveling snow.

“Gardening and other outdoor chores involve sun exposure, and we know that the sun (along with stress) is the most common trigger of rosacea, causing 80 percent of flares,” said Dr. Williams.

Next time you set out to accomplish household and yard chores, carefully select which products you’ll be using and look for alternatives to anything that gives you trouble, and remember to wear sunscreen and a hat before working outside. More than 70 percent of those who said they’d modified their house-cleaning routine said the changes had helped reduce their flare-ups.