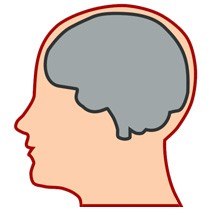 Rosacea patients may face a slightly increased risk for dementia and Alzheimer’s disease later in life, according to a recent study in Denmark.

Dementia encompasses a wide range of symptoms related to a decline in mental abilities and memory that make it difficult to perform everyday activities. Alzheimer’s disease is the most common form of dementia, and is estimated to affect more than five million Americans.

Proteins called matrix metalloproteinases (MMPs) and antimicrobial peptides (AMPs) are believed to be involved in the degenerative process of Alzheimer's disease and dementia. These proteins are present in all animals and play a role in the innate immune system and other cellular functions, but increased levels of MMPs and AMPs have been implicated in several inflammatory diseases, such as Parkinson's disease, and have also been studied as a potential cause of inflammation in rosacea.

"It is important for patients to remember that having rosacea does not guarantee that they will develop Alzheimer's disease," the study's lead author, Dr. Alexander Egeberg, told Medscape Medical News. "In fact, while the risk in rosacea patients may be slightly increased compared with the general population, the absolute risk [to any one patient] is still quite low."

The average incidence of dementia in the studied population was around 1.5 people in every 1,000 people, and the average incidence of Alzheimer’s disease was less than 0.5 people in 1,000 people. The greater risks for rosacea patients in the study increased incidence to only around 2.0 and 0.8 people per 1,000 patients, respectively. When the results were stratified by age, the risk for Alzheimer's disease was only significantly increased for those aged 60 or older.

The researchers pointed out that although the study does show a connection between the disorders, it does not necessarily mean that a causal link exists, and noted that because of the homogeneity of the Danish population, the findings may not be the same in other ethnicities.