Physicians Discuss ‘Perfect Storm’ for Rosacea in the Body 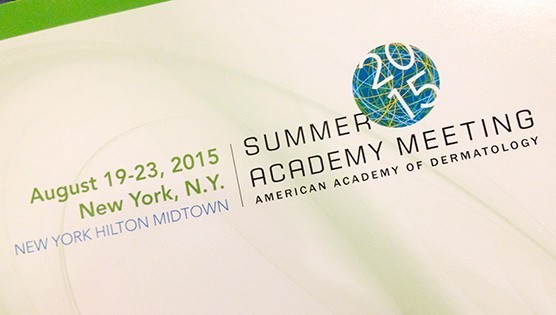 Physicians recently discussed new advances in the understanding of how rosacea develops in the body, opening the way for potential improvements in its effective care, during the summer meeting of the American Academy of Dermatology in New York.

Dr. David E. Cohen, professor of dermatology at New York University, outlined current knowledge of the disease process of rosacea, providing a map of the development of rosacea at the cellular level.

Ten or 15 years ago, researchers believed that antibodies known as neutrophils might be the cause of inflammation in rosacea, Dr. Cohen said, and that theory has continued to hold up as a portion of the story. "Neutrophils don't protect us from bacteria by creating antibiotics; they create very hostile environments for an invading pathogen,” he explained. “They make the soup very poisonous for pathogens attacking us. And as part of wound healing, they produce matrix metalloproteinases."

Research has since revealed that matrix metalloproteinases (MMPs) can in turn activate cathelicidins, protective molecules that serve as a rapid response element of the innate immune system. "Cathelicidins sit fully engaged, active in our skin, and the moment there's a breach, they are activated and start destroying things for our own protection," Dr. Cohen said. “They are highly preserved in evolution, and are present on amphibians and all kinds of animals as an early evolutionary defense mechanism."

Cathelicidins and tryptic enzymes, which combine with cathelicidins to attack pathogens, are present in higher concentration in the skin of rosacea patients than in normal skin. When they are activated, they attract neutrophils, causing the inflammation, papules, pustules and visible blood vessels that are associated with rosacea. Further research has identified that toll-like receptor 2 (TLR2), which identifies rosacea triggers and activates cathelicidins, is also present in greater than normal levels in rosacea patients.

"TLRs are pattern recognition receptors," Dr. Cohen explained. "For example, there's a microbiome on your skin, and we have to be able to distinguish which are the good microorganisms and which are the bad ones. And that's what these things do."

Thus in response to triggers TLR2 activates cathelicidins, leading to neutrophils and MMPs to cause a perfect storm for rosacea flare-ups. He noted that anti-inflammatory medication for rosacea may interrupt the inflammatory process by interfering with the function of MMPs.

Dr. Hilary Baldwin, associate professor of clinical dermatology at the State University of New York, noted that a growing body of evidence is also showing an increased risk of cardiovascular disease among patients with rosacea. Although further study is needed to determine the nature of the correlation, she recommended that patients with rosacea be screened for cardiovascular disease risk factors.