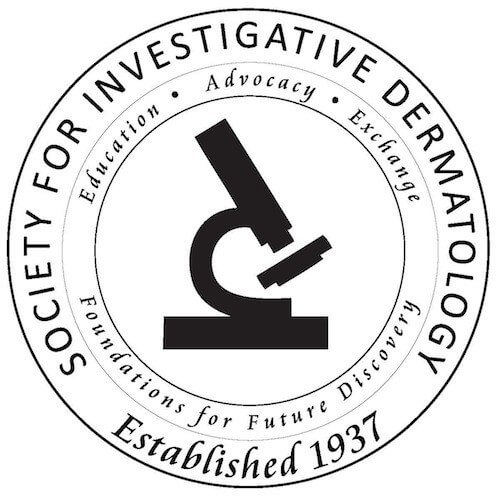 Medical scientists reviewed research on the microbiome, genetics and patho-physiology of rosacea and presented results of new studies funded by the National Rosacea Society (NRS) during its research workshop at the Society for Investigative Dermatology annual meeting in Atlanta.

Research supported by the National Rosacea Society has now led to the understanding of key pathways in the physiology of the disease, and information gained from these developments is highly likely to lead to new, novel and better treatments,” said Dr. Richard Granstein, chairman of dermatology at Cornell University and a member of the NRS Medical Advisory Board, who chaired the rosacea sessions.

Dr. Erin Lesesky, assistant professor of dermatology at Duke University, reviewed the growing base of knowledge on the role of Demodex folliculorum and rosacea. These microscopic mites are normal inhabitants of human skin, but are typically found in much greater density in rosacea patients.

Dr. Lesesky reported on a meta-analysis that looked at 48 case-controlled studies on Demodex to analyze the potential association between the presence of Demodex and the development of rosacea.1 The study, conducted by Dr. Ya E. Zhao and colleagues of Xi'an Jiaotong University, found a significant association between the relative abundance of the mites in hair follicles and the development of rosacea in 33 of the studies, suggesting that the mites may be involved in the disease process.

"The fail-safe number for this conclusion was 18,456, meaning that at least 18,456 new studies that refuted an association between Demodex and rosacea would have to be published in order to reverse their conclusion," Dr. Lesesky said.

While the presence of Demodex in rosacea seems clear, Dr. Lesesky said, the nature of its role remains in question. Increased mite density might trigger inflammatory responses, block hair follicles or transmit bacteria on the skin, leading to the signs and symptoms of rosacea.

She noted that rosacea patients have increased toll-like receptor-2 (TLR-2) protein. TLR-2 plays a role in immune surveillance and may lead to increased sensitivity to, and detection of, Demodex. This in turn can trigger a series of events leading to the inflammatory signs and symptoms of rosacea.

A 2014 study of bacteria associated with Demodex found that Bacillus oleronius, a known pathogen, resides in the gut of Demodex, where it aids in digestion.2 The bacteria may be released when the mites die, causing an immune response that results in inflammation. The researchers theorize that topical medication used to treat rosacea may in fact be suppressing the B. oleronius population.

Dr. Daniel Popkin, assistant professor of dermatology at Case Western Reserve University, presented results from an NRS-funded study he and colleagues performed with twins, examining potential genetic and environmental factors that may be involved in rosacea. The disorder was found to occur significantly more often in both identical twins than in both members of a pair of fraternal (nonidentical) twins, he reported.

The researchers identified at least some rosacea in 129 individuals out of 550 pairs of identical twins and in 12 individuals out of 59 nonidentical pairs of twins at the Twin Day festival, an annual event that drew 2,090 sets of twins nationwide in Twinsburg, Ohio, near Cleveland. Dr. Popkin noted the association held true even after such common rosacea risk factors as age and skin type were accounted for in the calculations, suggesting that genetics may play a substantial role in rosacea in addition to other factors.

"We found about a 50-50 contribution, nature versus nurture," he said. "In our cohort, about 50 percent of the disease seems to be genetically driven, and the other half is environmental."

Twins participating in the study also answered a questionnaire to help define the relative contribution of potential rosacea risk factors as well as the impact on quality of life. A history of ultraviolet radiation exposure, alcohol consumption, smoking, skin cancer and cardiovascular disease were among the lifestyle and other factors that were found to correlate with increased rosacea.

Dr. Anna Di Nardo, associate professor of medicine at the University of California-San Diego, presented results of a study that determined that mast cells, located at the interface between the nervous system and vascular system, may be an integral part of the process between rosacea triggers and inflammation.

Dr. Di Nardo’s team found that mast cells play a direct role in the activation of certain types of cathelicidins, a peptide involved in the innate immune response that is over-produced in people with rosacea. Studying the process in mice, the researchers determined that when exposed to a neuropeptide called pituitary adenylate cyclase-activating peptide (PACAP), mast cells produce enzymes that initiate the activation of cathelicidins. In mice bred to lack mast cells, this sequence of events did not occur.

In their next study, also supported by an NRS research grant, Dr. Di Nardo’s team will determine whether use of a mast cell stabilizer known as cromolyn sodium will decrease symptoms of rosacea. In addition, they will test to see if levels of the enzymes tryptase and chromotryptase -- typically higher in rosacea patients -- revert to normal after application of the mast cell stabilizer, and which of the enzymes is more important in the process. These enzymes are believed to also play a role in the inflammatory process.

Dr. Yolanda Helfrich, assistant professor of dermatology at the University of Michigan, presented findings of a study that documents for the first time the clinical and histologic differences between subtype 1 (erythematotelangiectatic) rosacea -- characterized by facial redness and, sometimes, visible blood vessels -- and a condition with visible blood vessels from sun damage known as telangiectatic photoaging (TP).3

"We found that there was a strong relationship between the location of erythema (redness) on the face and the diagnosis,’ Dr. Helfrich said. “Seventy-nine percent of subjects with subtype 1 rosacea had primarily central facial erythema, whereas 57 percent of our TP subjects had primarily lateral involvement.”

Dr. Helfrich described the typical TP patient as an older male with redness and prominent telangiectasia (visible blood vessels) with a greater tendency to involve the sides of the face and neck. Patients with TP also exhibited very little flushing, with only 35 percent experiencing mild transient redness.

In addition, patients with TP were less likely to show microscopic evidence of facial inflammation than the subtype 1 rosacea patients, and it tended to be less severe. On the other hand, TP patients had more extensive connective tissue damage microscopically than rosacea patients or the control group. Their skin also looked older and more wrinkled on physical examination.

In contrast, those suffering from subtype 1 rosacea were more likely to exhibit redness and visible blood vessels in the central face, including the nose, cheeks, forehead or chin. Fifty percent of rosacea subjects experienced mild flushing and 38 percent experienced moderate or severe flushing. The researchers also found that sebaceous glands, which secrete oil on the skin, were larger and more numerous in rosacea skin.

The workshop was made possible by funding from Galderma Laboratories, L.P.

About the NRS Research Grants Program

Because the cause of rosacea is unknown and there is no cure, the NRS research grants program was established to encourage and support research into the potential causes and other key aspects of this condition that may lead to improvements in its treatment and potential prevention or cure. The program is supported by donations from individuals, and funds are available to researchers worldwide. Researchers interested in applying for grants may obtain forms and instructions through the research grants section of the NRS website, rosacea.org, or by contacting the Society directly.