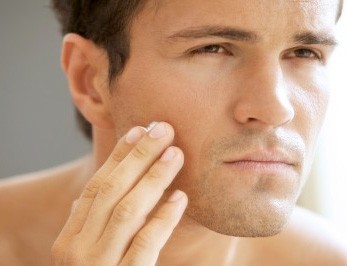 The facial skin of rosacea sufferers may be more susceptible to irritants due to impaired barrier function, a recent study found, resulting in the dryness experienced by many with the disorder.

The new research, conducted by investigators in Bulgaria and Germany, tested the epidermal barrier function and moisture levels in the skin's protective outer layer on the forearms and nasolabial folds (the "laugh lines" that run from the nose to the corner of the mouth) on 28 subtype 1 (erythematotelangiectatic) rosacea patients, 31 patients with atopic dermatitis and 32 control subjects with healthy skin. Solutions of sodium lauryl sulfate (SLS), a common irritant found in shampoos and laundry detergents, and water in seven concentrations, ranging from 20 percent SLS to 0.1 percent SLS, were applied to the arms and faces of the subjects to determine the irritation threshold for each person.

The researchers found in general that the greater the sensitivity to SLS, the higher the level of transepidermal water loss and the lower the level of hydration in the outer skin layer. In atopic dermatitis patients, the dehydration was significant on both the face and arm, while rosacea patients only showed impaired barrier function and dehydrated skin on their faces.

"This study confirms the generalized deficiency of epidermal barrier function in atopic dermatitis and the local deficiency in erythematotelangiectatic rosacea skin," said Dr. Mark Dahl, chairman of the National Rosacea Society Medical Advisory Board, in a comment to The New England Journal of Medicine. "Daily moisturization of facial skin and continuous avoidance of irritating chemicals represent good practice."