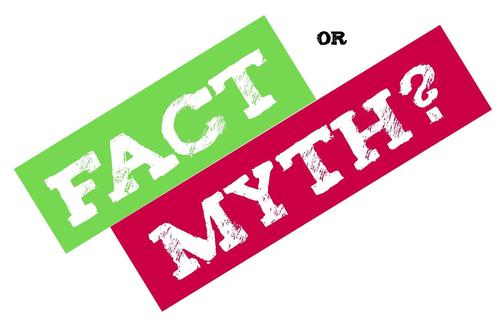 Many myths surround rosacea, yet continued education and awareness are helping to dispel many common misconceptions about this conspicuous disease.

We’ve rounded up five common rosacea myths with information to help you correct these false assumptions and make way for better understanding about this condition.

Myth #1 -- Coffee and Caffeine Cause Flare-ups

Fact: Coffee and caffeine get a bad rap, and many might be surprised that research found it isn’t the caffeine or the coffee that may trigger flare-ups, but rather the thermal heat of these beverages.

Fact: Rosacea is unrelated to hygiene and is in fact a vascular and inflammatory condition. Making this distinction is important, as too much cleansing and scrubbing with harsh products can actually worsen symptoms.

Fact: Rosacea is not an infectious disease, and there is no evidence that it can be spread by contact with the skin or through inhaling airborne bacteria. The effectiveness of antibiotics against rosacea symptoms is due to their anti-inflammatory effect, rather than their ability to destroy bacteria.

Fact: Subtype 2 rosacea, characterized by persistent facial redness with bumps and pimples, is often mistaken for acne. But while the two may look similar, acne has a different underlying cause and needs to be treated differently. Read more about identifying the differences between rosacea and acne.

Myth #5 -- Those with Rosacea are Heavy Drinkers

Fact: Rosacea patients may perhaps thank W.C. Fields -- Hollywood’s poster boy for subtype 3 rosacea, featuring an enlarged red nose -- for popularizing this widely held misperception with his persona of heavy drinking. While alcohol can aggravate the disorder, even teetotalers can have rosacea.

Next time someone asks you about your condition, use these helpful tips to educate them on rosacea. You can also find these myths on our Pinterest board, “Rosacea Myths.”