Do Web Searches Reveal Connections Between Rosacea and Other Diseases? 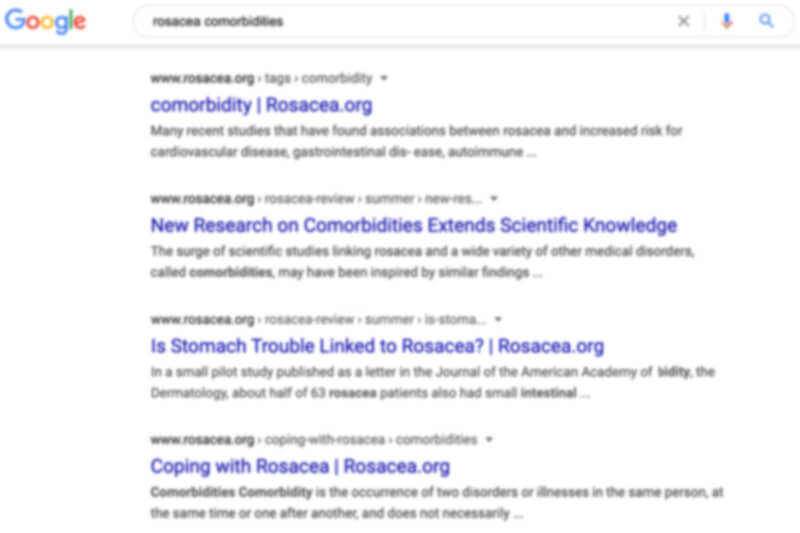 In recent years a number of studies have been published investigating rosacea comorbidity, the simultaneous occurrence of rosacea and other diseases, such as gastrointestinal diseases or cancer. Researchers at the Johns Hopkins University School of Medicine set out to determine if any correlation could be found between public interest in rosacea and its many comorbid conditions.

Using data from Google Trends, a free tool that calculates searches for a specific term, the scientists analyzed 14 years worth of searches in the US, Canada, the United Kingdom and Australia. The team then selected 24 conditions known to be often comorbid with rosacea. They made a total of 96 comparisons, comparing search trends for rosacea to search trends for each comorbid condition in each of the four countries.

Overall, the researchers found that associations between searches for rosacea and comorbid conditions vary depending on the country studied, and noted that the variation among countries is likely to be caused by many things, including environmental, social and cultural factors, as well as varied rates of disease prevalence.