The Ecology of Your Face: Demodex, Rosacea and You 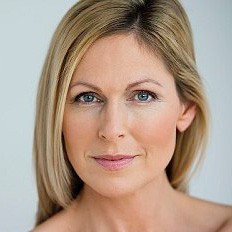 As a disorder of unknown origin, rosacea’s signs and symptoms may be attributable to a variety of possible causes, such as a dysfunctional immune system, genetics, a propensity toward flushing and various external factors that may trigger these unhealthy responses.

Even before the emergence of new scientific evidence, Demodex, a microscopic mite that is a normal inhabitant of human facial skin, was long considered a potential culprit in rosacea flare-ups by virtue of its often-greater numbers on the faces of individuals with this disorder.1, 2 Now a growing body of medical research on Demodex has uncovered a broad range of knowledge that may yield a clearer picture of its characteristics and prevalence, as well as its possible role in triggering or enhancing the signs and symptoms of rosacea.

Demodex may be best understood in the context of the human microbiome – the ecological community of microorganisms that live within and on the human body, and has been the subject of a recent five-year study at the National Institutes of Health that is leading to a paradigm shift in the understanding of the human body.3

Microbes are our friends

Contrary to popular perception, humans are not biologically self-sufficient organisms whose immune systems must fight off invasion by microbes in order to avoid disease. In fact, it’s just the opposite: the human body can’t survive without them. For example, according to the Human Microbiome Project, bacteria in the gastrointestinal tract are essential to allow people to digest foods and absorb certain nutrients. In addition, these fundamental microbes produce beneficial compounds like certain vitamins and protective anti-inflammatories that humans cannot produce by themselves.

Moreover, of the trillions of cells in a typical human body – at least 10 times as many cells in a single individual as there are stars in the Milky Way – only about one in 10 is human, and the remaining 90 percent are microbes.4 Because they are so small, however, they account for only about 1 to 2 percent of our body mass – about three to five pounds in weight, or enough to fill a big soup can.3

The process of acquiring microbes is a lifelong activity and begins the moment we are born. Though babies develop in a sterile environment – the uterus is without microorganisms – a newborn emerges as a bacterial sponge, and begins picking up microbes that contribute to its health and ability to survive beginning with its passage through the birth canal. Microbes include bacteria, fungi, protozoa and others, and may be found in greatest concentrations in the ears, nose, mouth, vagina, digestive tract, anus and the skin.5

Like other microbes, Demodex mites are a natural part of this human microbiome, and they may serve a useful function by feeding off of dead skin cells to help rid the face of waste. In fact, dead human skin cells are the largest component of household dust and, just like dust mites, Demodex folliculorum may be part of a natural cleaning system.6 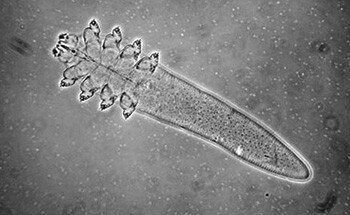 While Demodex may have only recently gained more attention in the rosacea research community, the mite has a much longer history in the realm of medical science. According to Dr. Rusiecka-Ziółkowska and colleagues in the Department of Microbiology at Wroclaw Medical University in Poland, reports of Demodex mites were recorded as early as 1841, more than 150 years ago. A year later, a German dermatologist found Demodex-type mites in hair follicles, almost 100 years before human Demodex was first observed in the development of rosacea.7

Great numbers of Demodex appear to be very common in virtually all humans. Using advanced technology, researcher Dr. Megan Thoemmes and colleagues recently found that Demodex mites exist in every adult over 18 years old.8 Moreover, researchers have discovered that two separate species of Demodex inhabit the skin of humans – D. folliculorum, which live in hair follicles primarily on the face as well as in the meibomian glands of the eyelids, and D. brevis, which live in the sebaceous glands of the skin.8,9

Demodex have often been found in 15 to 18 times greater numbers in rosacea patients than in healthy subjects,1,2 and medical scientists have advanced a variety of theories about why this unusually high incidence may trigger inflammation in individuals with rosacea. A recent meta-analysis of 48 studies on Demodex found a significant association between the relative density of Demodex and the development of rosacea, suggesting that the mites may be involved in the disease process, according to Dr. Erin Lesesky, assistant professor of dermatology at Duke University.10 Moreover, while it has long been debated whether the higher incidence of Demodex is a cause or a result of rosacea, new evidence has increasingly suggested it may be the former.

In a recent key medical journal article, Dr. Fabienne Forton, a dermatologist in Brussels, Belgium, characterized the mites as a potential missing link in understanding the onset of subtype 2 (papulopustular) rosacea.2 She hypothesized that skin infections and disruption of the skin barrier may set off a chain of inflammatory reactions in individuals with rosacea, noting that when the number of mites is reduced to normal through treatment the typical rosacea complaint of sensitive skin often disappears. Dr. Stanislaw Jarmuda and colleagues also found that while mite density is greater on the skin of individuals with rosacea, mites are even more dense in individuals with the bumps and pimples of papulopustular rosacea.9

Other researchers believe D. folliculorum's true connection to rosacea may be via Bacillus oleronius, a bacterium on the Demodex mite that was found to stimulate an immune response in some individuals with rosacea, according to Dr. Kevin Kavanagh and colleagues at the National University of Ireland-Maynooth.11 In addition, the B. oleronius association may hold true for those with ocular rosacea as well. Dr. Jianjing Li and colleagues at the Ocular Surface Center in Miami found a significant correlation between facial rosacea, infestation of the eyes with Demodex mites and reaction to B. oleronius.12

While rosacea may have many causes, individuals who suspect they have this disorder are urged to see a dermatologist for diagnosis and appropriate treatment. “Patients who don’t respond to traditional treatment for papulopustular rosacea may have an increased density of Demodex mites or an increased immune response to these mites,” Dr. Lesesky said, noting that treatments with antiparasitic properties targeting Demodex might be useful for successful patient management.13

Acknowledgment: This section was reviewed and edited by Dr. Julie Harper, clinical associate professor of Dermatology at the University of Alabama-Birmingham.