Which Comes First, the Rosacea Blemish or the Mite? 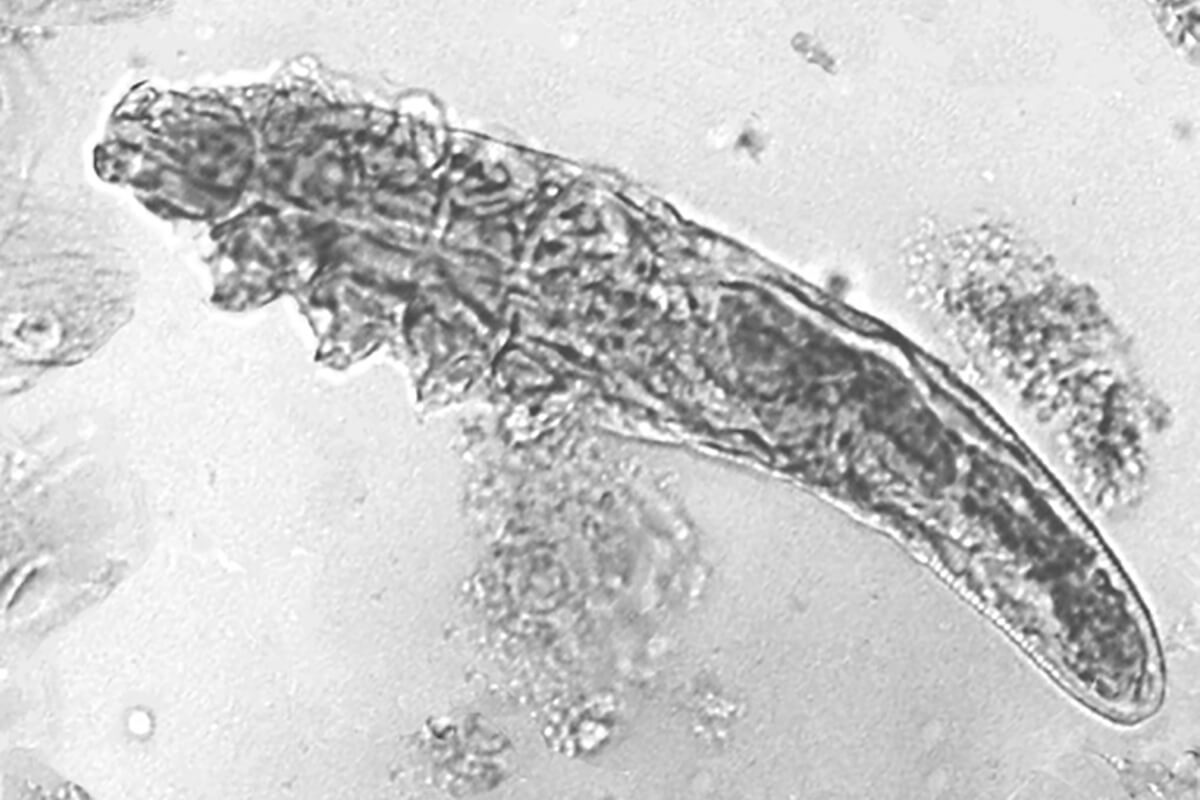 Researchers have long observed that microscopic mites that live as scavengers on normal human skin tend to occur in greater numbers on the faces of rosacea patients. It was unknown, however, whether the higher density of these microorganisms, known as Demodex, was a cause or an effect of this widespread disease affecting 16 million Americans.

Now there is mounting evidence that this phenomenon may play a potential role in the development of the bumps and pimples (papules and pustules) often associated with the disorder, according to an analysis of research data recently published by Dr. Fabrienne Forton in Belgium.1

She noted that recent studies suggest Demodex triggers two opposite actions: first, a normal immune response aimed at eliminating the mite and, secondly, an immunosuppressive action aimed at favoring its proliferation. During this process, T-cells in the skin, immune cells that fight infection in the initial defense, are exhausted, which allows the dominance of immunosuppression, including the production of vascular endothelial growth factor (VEGF). This results in an altered vascular environment where the mites can flourish as a co-factor in the occurrence and severity of inflammatory lesions. Dr. Forton also cited research that suggests persistent facial redness (erythema) may provide a favorable breeding ground for the mites, which may in turn worsen rosacea symptoms.

In the new National Rosacea Society (NRS) standard classification of rosacea based on advanced scientific knowledge, the disease is now understood as a single disorder with many potential clinical features, or phenotypes, that may occur in various combinations.2 Persistent facial redness (erythema) is identified as the primary diagnostic sign. Skin thickening (phymatous changes), especially around the nose, are also considered diagnostic, although less common.

In addition, major signs of rosacea include papules and pustules, flushing, visible blood vessels (telangiectasia) and eye irritation (ocular rosacea). The presence of any two of the major phenotypes may be considered diagnostic of rosacea, and secondary phenotypes include burning, stinging, swelling (edema) and dryness.

Although these signs and symptoms may appear at different times and in varying combinations, studies indicate they may all be manifestations of the same underlying inflammatory continuum.2

“Growing knowledge of rosacea’s pathophysiology has established that a consistent multivariate disease process underlies its potential manifestations, and the clinical significance of each of these elements is increasing as more is understood,” said Dr. Richard Gallo, chairman of dermatology at the University of California-San Diego, who chaired the NRS Expert Committee in the development of the new classification system. “Although the potential role of Demodex in rosacea has been controversial in the past, these new insights suggest where it may play a role as a meaningful co-factor in the development of the disorder.”