For Natalie Flores, persistence paid off. Like many individuals with rosacea, she discounted the occasional redness that began occurring when she turned 30 years old.

“Just after 30, I noticed I would get that flushed redness, but it was pretty mild. I’m part Irish, and many people in my family had it,” Natalie said. But then it began to get worse. “When I was closer to 34-35, my face started getting redder. It felt like sunburn, but it wasn't. Then I got bumps and pimples,” she said.

The redness became severe, and she was embarrassed. “I felt so discouraged. At my job – I work with individuals with mental disabilities – they would say, ‘What’s wrong with your face?’ I didn’t want to leave the house.” 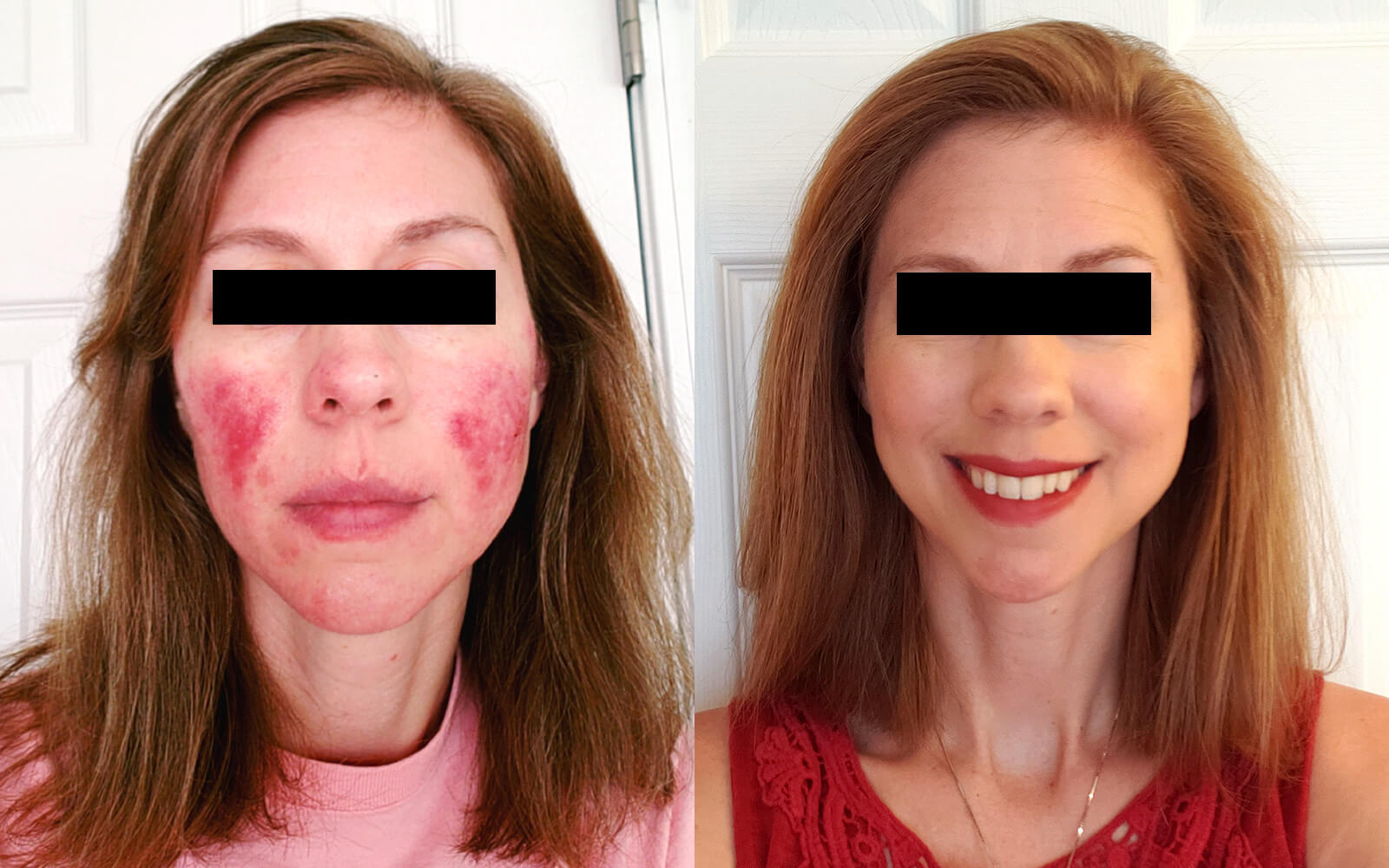 Not only were the facial signs getting worse, the condition was painful – her face felt like it was on fire.

“It was like the worst sunburn, but at the same time it was itchy. You want to scratch it, but you can’t even touch it.” Her eyes hurt, too, feeling gritty and scratchy.

At first, she tried to help herself. “I did so much research,” she said. “I couldn’t find enough stuff. Gosh, I tried everything.” Many of the drugstore lotions and creams she tried were expensive, but none soothed or calmed her signs and symptoms. “It was very defeating.”

Then she sought medical help, but that path was complicated too – therapies she was prescribed were ineffective or made her feel sick. Natalie initially consulted a medical provider, who said she just had acne. She was also seeing a rheumatologist for underlying autoimmune disorders. Rosacea can resemble the autoimmune disease lupus erythematosus, and testing showed her inflammatory markers for lupus were high. Fortunately, her rheumatologist also suggested she consult a dermatologist.

“The dermatologist said it was definitely rosacea, and he had never seen it this bad,” she said. He gave her a prescription for a year’s worth of topical ivermectin, but after six months, her signs and symptoms had completely cleared.

“He’s like, ‘You look amazing,’ and said it was up to me – I could stop and see what happens,” she said. “I stopped completely and I was fine for all this time. It was a miracle for me.”

Natalie is also vigilant in maintaining in her own remission – she pays attention to her rosacea triggers, past and present, and sticks to a gentle facial regimen. Today, all she uses is a mild cleanser, and she no longer uses makeup on her cheeks.

Caffeine, chocolate and stress are triggers that she now continues to avoid, but she is grateful that exposure to the sun, once a significant factor in causing a flare-up, is no longer a problem.

“It had stopped me from being able to be outside with my family,” she said. “We live in North Carolina, and I couldn't go outside. That was hard.”

At her dermatologist’s request, Natalie documented her face during the months of therapy. She was initially embarrassed for anyone to view the early photos, but wants to show others that rosacea’s often extreme appearance can be improved with persistence and teamwork with your dermatologist.