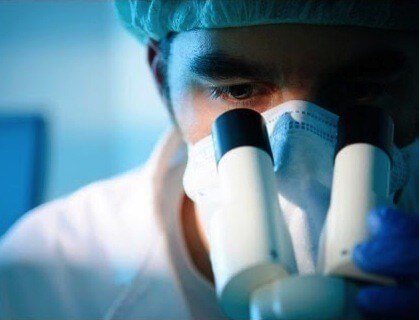 The National Rosacea Society (NRS) has awarded funding for two new studies in addition to continuing support for two ongoing studies during the year as part of its research grants program to increase knowledge and understanding of the potential causes and other key aspects of rosacea.

“We are grateful for the thousands of donations from individuals with rosacea that allow us to fund important new studies and continue to support ongoing research that builds upon earlier findings,” said Dr. Mark Dahl, chairman of the NRS Medical Advisory Board, which selects grant applications for funding. “Ongoing research is now advancing a significantly better understanding of the disease process and potential new targets for medical therapy.”

Dr. Anne Chang, assistant professor of dermatology at Stanford University School of Medicine, and colleagues were awarded $17,554 to begin to identify rosacea genes using a methodology called a genome-wide association study. A genome is an organism’s complete set of DNA, including all of its genes. Each genome contains all of the information needed to build and maintain that organism. In humans, a copy of the entire genome — more than 3 billion base pairs — is contained in all cells that have a nucleus. If genetic coding specific to rosacea is found, individuals at risk may be identified through a blood test so that early intervention and avoidance of triggers may be possible. This finding may also provide a better basis for further study and future therapy or potential prevention.

Dr. Chang noted that five possible gene locations are linked to genes associated with human inflammatory conditions including diabetes, inflammatory bowel disease, multiple sclerosis and sarcoidosis. Researchers will evaluate whether there is increased prevalence of these conditions in individuals with rosacea.

Dr. Anna Di Nardo, associate professor of medicine at the University of California-San Diego, and colleagues were awarded $25,000 to study whether there are further indicators that mast cells (MCs) are a dermal translator of inflammatory signals from the epidermis. In this study, Dr. Di Nardo will note whether injection of a nerve blocker into both mice and humans will block the activity of a neuropeptide that activates inflammation in mice, and whether it may reduce redness in people. Results will be assessed by digital photography, clinical grading scales and colorimetry, a device that quantifies and describes color. In addition, they will evaluate whether enzyme levels that are altered in individuals with the inflammation of rosacea are normalized.

The NRS has also continued to fund studies in 2014 by Dr. Di Nardo on an MC stabilizer and by Drs. Yoshikazu Uchida and Peter Elias at the University of California – San Francisco on a biochemical pathway that may lead to inflammation. A third study is under consideration for possible funding in early 2015.

The research grants program is funded by donations from individuals. All donors also receive the full print version of the NRS member newsletter, Rosacea Review, plus access to new educational materials, free product samples, discounts and opportunities to participate in research. To join the many others helping to advance medical research in rosacea, consider becoming a member of the NRS today.