Demodex Species May Affect Rosacea Inflammation, But Not Ocular 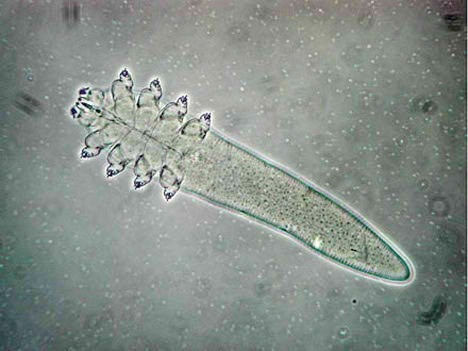 A small study in Russia recently examined the effects of different species of Demodex mites in rosacea.1 Researchers examined 212 patients in three groups: healthy controls, rosacea patients low levels of mites, and rosacea patients with high levels of mites. They found that Demodex folliculorum mites were more commonly present in severe cases of papulopustular rosacea, while the other species that affects humans, Demodex brevis, was found to be more common on the skin of people with milder rosacea or healthy skin. In many of the severe rosacea cases, both mite species were found on the skin together. The researchers reported that they found evidence of parasite activity in D folliculorum cases, but not in cases with D brevis alone.

The investigators also found that quality of life was significantly lower among rosacea patients with mites, and infestation increased the duration of symptoms and the probability of recurrence. The good news is that the investigators found topical ivermectin was an effective treatment for rosacea involving Demodex mites.

In a study conducted in Turkey, researchers investigated whether Demodex plays a role in ocular rosacea.2 The study included 60 newly diagnosed rosacea patients, 30 of whom had a Demodex infestation (defined in the study as more than five mites per square centimeter of skin in a skin surface biopsy) and 30 who were not infested. The researchers performed an ophthalmological examination of the patients and screened them for signs and symptoms of ocular rosacea, such as a bloodshot or watery appearance, burning or stinging, and meibomian gland dysfunction.

Thirty-four patients were found to have blepharitis (inflammation of the eyelids) and 18 had meibomitis (plugged meibomian glands), both signs of meibomian gland dysfunction leading to dry eye. There was a positive correlation between the presence of Demodex infestation and papulopustular signs and symptoms, but while the rate of ocular symptoms among patients with mite infestation was higher, it was not statistically significant.

These findings contradict a 2010 study which found a correlation between Demodex density and ocular symptoms, and other studies since then have come down on either side. The researchers concluded that further study is needed to determine whether mites affect ocular symptoms.