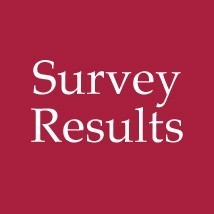 Funny looks and comments can be difficult to deal with at any time, but handling them at work can be even worse. Yet according to a new survey by the National Rosacea Society on the impact of rosacea's signs and symptoms in the workplace, that's the reality for most of the estimated 16 million Americans living with this facial skin disorder.

In the new survey of 794 rosacea patients, more than 75 percent of all respondents -- and 92 percent of those reporting severe symptoms -- said their rosacea had affected interactions with others in the workplace. More than 82 percent of the respondents said they'd noticed people staring when they were experiencing a flare-up, and nearly 54 percent reported hearing rude or inappropriate comments about their facial appearance.

More than 66 percent of the survey respondents said rosacea had negatively impacted interactions with customers or coworkers. Twenty-nine percent of patients reporting mild symptoms and 43 percent of those with severe symptoms said they had even missed work because of the condition.

Fortunately, while rosacea can be an embarrassment or disadvantage in many ways, more than three quarters of respondents did not feel their appearance had cost them a promotion or new responsibilities (76.5 percent), nor had it kept them from landing a new job (77.5 percent).

“Perhaps the best news is that increased options for medical therapy are now available to keep the signs and symptoms of rosacea under control,” said Dr. Julie Harper, clinical associate professor of dermatology, University of Alabama-Birmingham.

According to the survey, medical therapy helped most patients resolve workplace issues, and nearly 67 percent said that effective treatment had improved their interactions with others at work.

Click here to take the next survey on Rosacea and Product Ingredients.