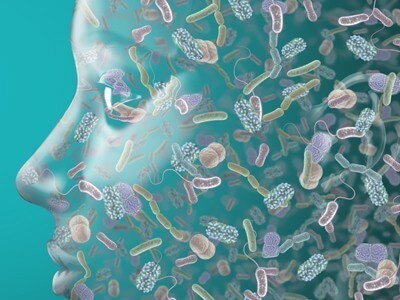 Believe it or not, your body is crawling with tiny microscopic bugs -- but don’t worry, most are there to help. Collectively known as the human microbiome, this diverse community of microorganisms aid in maintaining good health, assist in digestion and provide other beneficial functions. Among this vast ecology is Demodex, a microscopic mite that lives on the facial skin and has recently garnered attention in medical research as a possible factor in the development of rosacea.

Furthering that research is a new study, “Ubiquity and Diversity of Human-Associated Demodex Mites,” by researchers at North Carolina State University, the North Carolina Museum of Natural Sciences and the California Academy of Science. The scientific investigators collected samples of sebum, the waxy oil on the face, from the noses and cheeks of volunteers who were of varying health and geographic locations to test for the presence of Demodex DNA.

While only 14 percent showed visible signs of the mites under a microscope, the researchers found Demodex DNA in 100 percent of the sebum samples from subjects over the age of 18, and 70 percent of those under 18, demonstrating that the mites are far more prevalent than can be observed visually.

The researchers also analyzed the Demodex DNA for genetic diversity between Demodex folliculorum and Demodex brevis, the two mites normally associated with the human face. They noted that even though both mites are found on the human face, the species are not closely related. Furthermore, they found that mites from one geographic region, such as China, are genetically different from those from another area, and that D. brevis showed more genetic diversity than D. folliculorum -- even within the same sample.

“Our analyses actually show that brevis is more closely related to dog mites than to folliculorum, the other human mite,” said Michelle Trautwein, adjunct assistant professor of entomology at North Carolina State University. “This is interesting because it shows us that humans have acquired each of these mite species in different ways, and that there are two separate histories of how each of these mite species came to be on our face.”

Demodex folliculorum have often been identified in 15 to 18 times greater numbers in rosacea patients than in healthy subjects. Moreover,  a meta-analysis of 48 case-controlled studies of D. folliculorum found a significant association between the relative presence of the mites and the development of rosacea, suggesting that they may be involved in the disease process. Research funded by the NRS has further shown that bacteria on the Demodex mite may be associated with the inflammatory response of bumps and pimples seen in subtype 2 (papulopustular) rosacea.

While Demodex mites are still being examined as an possible underlying cause of rosacea, these new findings help provide more insight into their potential role in this mysterious disorder.